Status of ITS resources

David Procter officially retired from Kansas State Univeristy at the end of 2021.  Since arriving at K-State in 1987, he worked in partnership with communities across the state on issues of community strategic planning, facilitation of community dialogue, and strategies for sustaining rural grocery stores. In 2007, he and a number of campus and community partners launched the nationally-recognized Rural Grocery Initiative. This initiative has received multiple awards, including the “Outstanding Community Development Program” by the International Community Development Society (2010) and the “W.K. Kellogg Foundation Community Engagement Scholarship Award” by the Engagement Scholarship Consortium (2018). Procter has authored numerous book chapters on rural grocery operations and presented his work at national and international conferences.  Read more detail on his distinguished career here.

Chandra Ruthstrom officially retired from Kansas State University on June 14, 2020 after 40 years of service.   Chandra began employment with  K-State in 1980 when she worked for Animal Sciences Extension. In 1983, she took a position with the 4-H state office. From 1985 to 2006, Chandra served as the Administrative Assistant in the Department of Speech Communication, Theatre, and Dance. In this position, Chandra served as the Fiscal Officer and Human Resources Representative in the department working with all the academic sub-units as well as the Debate and Forensic programs.  In 2006, Chandra was hired as the Administrative Assistant/Project Coordinator for the newly formed Center for Engagement and Community Development where she worked with innumerable campus/community partnerships, assisted with two Carnegie Foundation Community Engagement classification applications, supported three campus-wide engagement surveys, helped organize and host seven national Rural Grocery Summits and a multitude of projects and programs. She received K-State’s Award of Excellence and Employee of the Year Award in 2018. 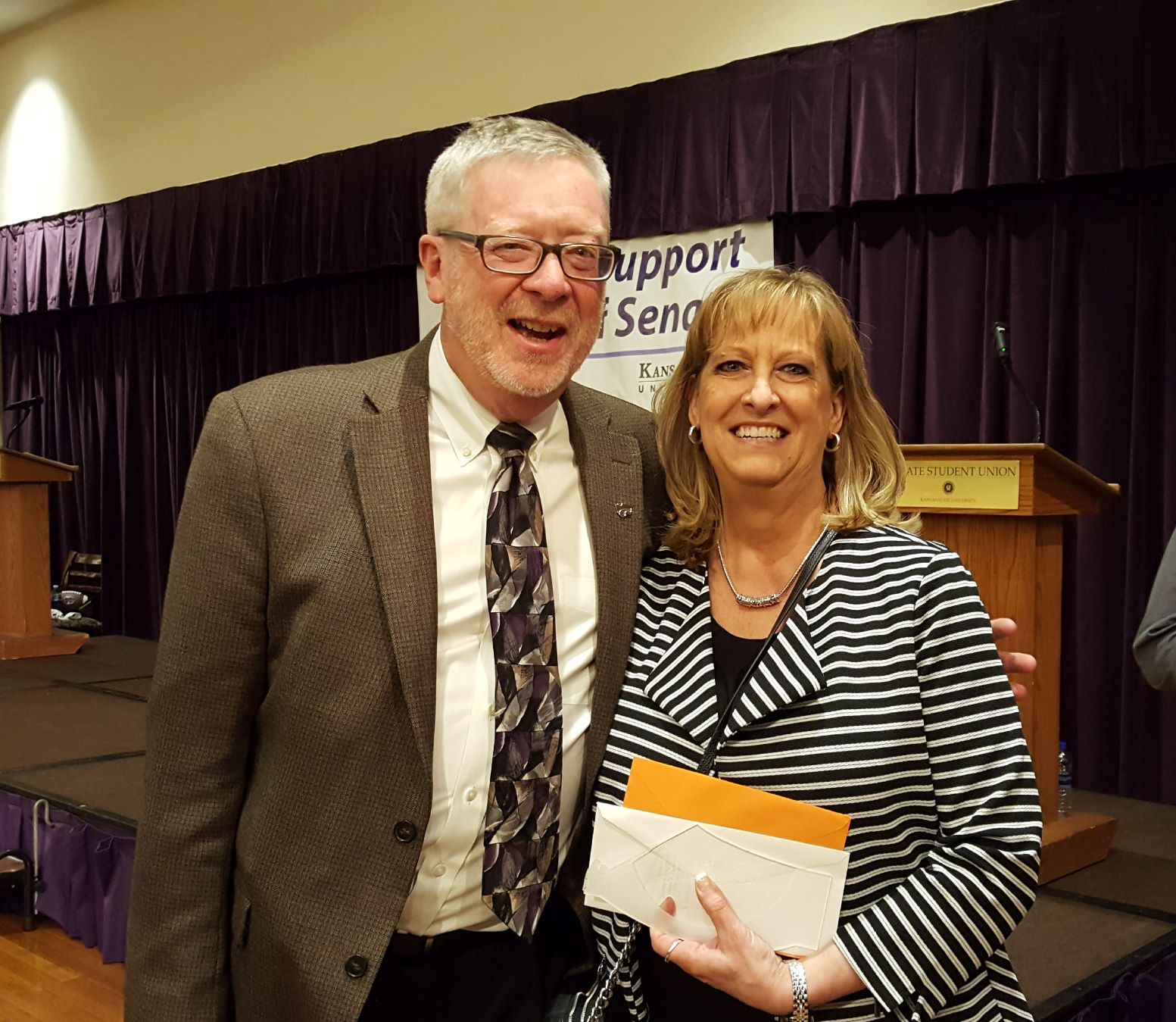